The location and impact of recycling and materials recovery facilities continues to be hotly debated. Today the BBC reported that a facility in Lancashire is receiving a stream of compliant from residents who claim the odours are making their lives seriously unpleasant. 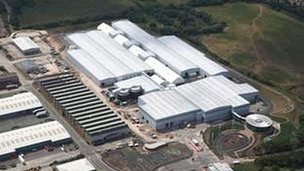 One local resident stated the following:

Before it was first built, there were three things they told us – it won’t be an eyesore, your property won’t be affected, and it won’t smell. Categorically all of them have been affected in a big way,” said Mr Wayne.

Do these claims sound familiar? They should, because Sky Properties push exactly the same fantastical claims.  You will also notice from the image above, that the plant in Lancashire is neither in the middle of a heavily populated residential area.. or 50metres from a children’s park.

Common sense tells us that trying to put one of these on Green Lane is ridiculous.